Wide tyre or rather the narrow one? Opinions differ sharply on this question. Wide tyres always win the visual duel, but their price always bites. Here we try to clarify it if there are actually differences between these two options.

Golf I was to buy in 1974 with a 145x13 tyre – today it would be used at best as a spare wheel. Over the years, the trend leans towards wide tyres – once a pure tuning phenomenon – has come to the manufacturers. Meanwhile, a width of at least 195 millimetres is a standard for the new cars in the compact class.

Why are the tyres getting wider?

It has technical reasons among others. Today's vehicles are on average heavier and faster than the cars from the 1970s. To stay stable and to get through turns at a reasonable speed, the tyre just had to get wider. Apart from that, today's brake discs are larger – they have grown together with the increasing tyre diameters. Let's take a closer look at the driving characteristics of both narrow and wide tyres.

In general, the wider the tyre, the more grip it has. This is especially true for driving on dry roads because the more rubber rests on the road, the better is the adhesion logically. The low flank height of the wide tyres also ensures better stability, especially in turns. When driving on a snowpack, the wide variants with good directional control score it. In mud and deep snow, however, the wide tyres start slipping faster. On wet roads, the wide variants dominate regarding adhesion usually. But not always, which brings us to the next point.

Due to the wide running surface, the tyre must displace much more water on wet roads. This leads to the fact that the wide tyres are also much more likely to float. The risk of aquaplaning, therefore, increases significantly with wide tyres. Here there is only one solution: full attention and foot off the gas.

Wide tyres have been proven to have a shorter braking distance than their narrow counterparts. This is also true in winter, but not in slush or deep snow. And it applies on wet roads as well until the time when aquaplaning occurs, which, as described, happens much earlier than when driving on narrow tyres.

Wide tyres are an extra eye-catcher, especially for tuned cars. Even when mounted on the average Joe vehicle, a wide tyre just looks strong. Especially when alloy rims are in the game.

The trend isn't likely to move towards narrower tyres because most certainly neither the cars will slow down nor the owners will pay less attention to the outer look of their cars. The tyres for electric cars are likely to take a special path. These are primarily designed to enable the highest possible distance ranges. Therefore, the trend here moves towards narrow running surfaces, low weight and large wheel sizes. All this in order to achieve the least possible rolling resistance. The tyre in small cars remains rather narrow as well. Probably, not to narrow the already limited interior of the car additionally with large wheel housings. Since the tyre manufacturers are aware of the current disadvantages of wide tyres (rolling resistance, aquaplaning), one can confidently assume that they will be working to solve this problem and that the wide tyres will yet be improved in some respects.

Which tyre is the best then?

Broad tyres mostly win when it comes to the pure driving characteristics. We pay extra for safety, especially on dry roads, by sacrificing comfort and economic efficiency and agreeing to have a higher risk of aquaplaning. In the end, the decision remains discretionary. For example, those who travel a lot in rainy areas or areas with higher snow probability should, of course, opt for the narrower tyres. 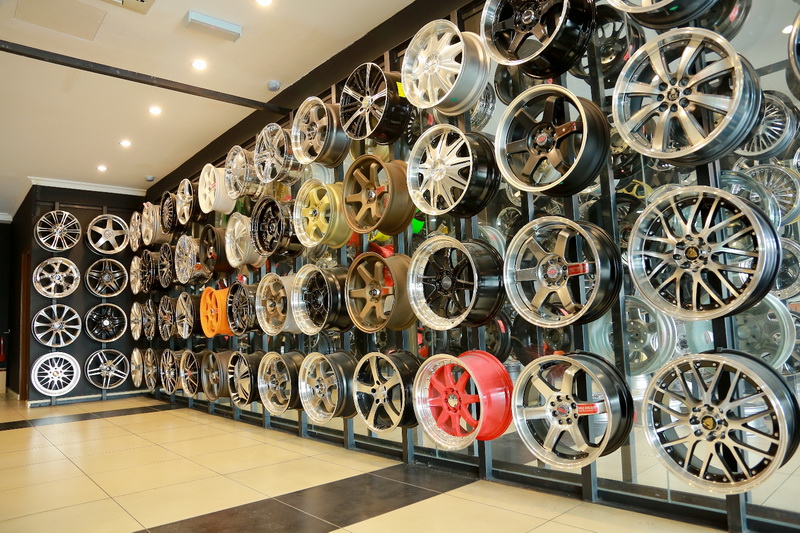 What is better to choose: aluminium or steel rims?
Back to top